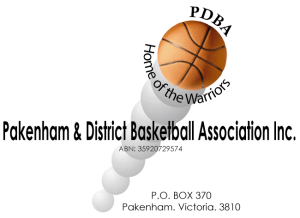 Rev 3.9 of the Pakenham & District Basketball Association By-Laws has been released.

There are 2 changes in this revision. They’re highlighted in RED as follows:-

60.   A new player may be added to the list of players registered for a team after the commencement of each season, as long as it is not within the last 4 weeks before the start of the final series.

69.   In Senior and under 16 – 20’s games, after grading, players in incorrect uniform, as defined in these by-laws, will be unable to take part in the game. In Junior (under 8 – 14’s) games, the emphasis is participation. Therefore, players with minor uniform violations, such as incorrect colour shorts (pockets are NOT allowed) or inside out singlet (with no visible numbers), will be permitted to take the court and participate in the game. The opposing team will be awarded 5 points on the score sheet at half time, for each player that has a uniform violation.